Did Asterix and Obelix produce the first Pinot Noir?

When debating the history of anything, how far back should you go to find the crux of the matter. I had to dig rather deep to see (apparently) the origin of Pinot noir and how it connects with Burgundy. But, as with most history, a pinch of salt is necessary to grasp the broader scope of things. 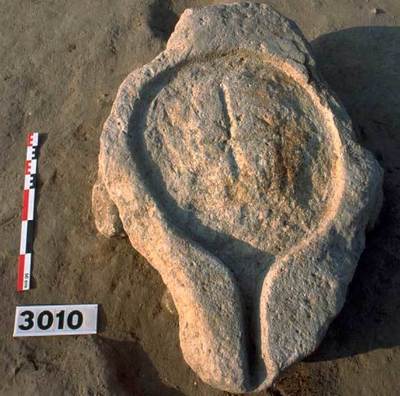 Etruscan amphorae and a limestone pressing at the ancient coastal port site of Lattara in Southern France.

Archaeologists initially identified a 2,400-year-old artefact found in France as an olive oil press. But a new round of chemical and archaeological analysis now identifies the press as the earliest evidence of wine production.

So who used this press 2400 years ago?
It is believed that the vine is older than we think. First appearing in the Cretaceous period, it is one of the oldest plants on earth at over 65 million years. Vine to wine viticulture was developed about 8,000 years ago.

It would be tempting to suggest that the vineyards of this region, Burgundy, dating back to prehistoric times, since fossilized vine leaves (Vitis Sezannensis) have been found here. However, this vine clone disappeared from Europe about a hundred thousand years ago.

It is only much later in history that Vitis Vinifera appeared in France; some see it as the oldest fruit crop, with seed evidence dating back to 4500 BC. Grapes from Vitis Vinifera were used to make wine as early as 2500 BC, although there is no detail of when or where the vine was first domesticated. The Vitis Vinifera vine is an active climber and can grow up to 18 meters if not pruned or trained. 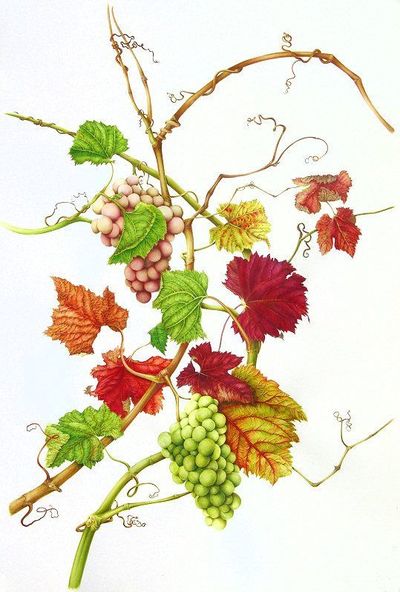 What was really in the magic potion?

Some believe that the Etruscans (Rasenna as they called themselves) were of local Italian origin and were versed in the cultivation and making of wine. They were assimilated into the Roman civilization but not before they introduced the Aedui (Gauls) to wine and its cultivation.

Modern France, Burgundy, was inhabited by the Gauls who were not only warriors and farmers but, turns out, also excellent artisans when it came to wine (they also invented the wooden barrel).

As indicated by the old stone press, Gauls cut out the middle man and established their native wine production around 425 B.C. The wines were that good that Pinot Noir was described in Roman literature.
SO!Did Asterix & Obelix introduce us to Pinot noir, and where do I send the thank you note? (Well, that’s what I take away from history.) 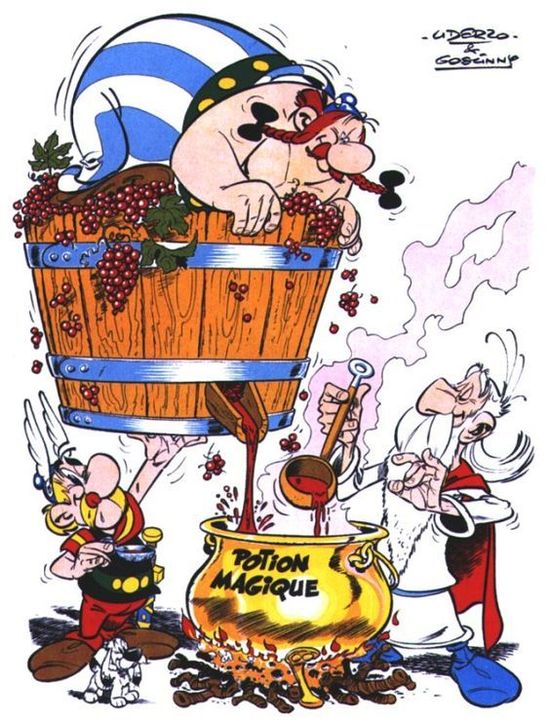 Pinot Noir is one of the most sensuously fragrant red grapes in the world. As a plant, it isn’t straightforward and is also unique amongst red wines. Pinot is a difficult grape to work with. It’s hard to get a consistent, great Pinot Noir bottled, and the problem starts with the plant.

Pinot Noir goes through a range of changes as it matures. A young vine will produce fruit with superficial fruity characteristics, including cherry, plum, raspberry and strawberry. The complex flavours emerge as the vine ages revealing chocolate, earthiness, smoke and truffles.

As with any other varietals throughout the whole world, Pinot Noir is super sensitive to climate. It is finicky and temperamental. It is so delicate and sensitive. And unfortunately, transparent. Pinot Noir reflects its origins, soil, climate, and this is how you see precisely where it was grown and what the winemaker did to the wine. There is absolutely no margin for error when producing a Pinot Noir.

Interestingly, in the early 1920s, Pinot Noir was considered so unsuitable a grape to be grown in South Africa that the only alternative they could think of was to graft it to Hermitage. This in turn gave us Pinotage.

Except for the tradition, the strict laws, and the generations upon generations of knowledge that the Burgundians have on us, one of the main differences is the place itself: the soil composition and the climate. Even with climate change with warmer summers, Burgundy has a continental climate. On the other hand, South Africa has a Mediterranean climate with marginal areas like Elgin and Hemel-en-Aarde Valley, which have the desired altitude, proximity to the ocean, ocean breeze, and misty cloudbanks.

Most people have Burgundy in mind when they taste Pinot Noir. I think this is a little unfair. I accept that a Burgundy wine provokes some of the most vivid descriptions. Still, many other highly rated Pinot Noir in their own right are produced in different countries, especially South Africa.
“Pinot may become more an object of desire, than disappointment”.   -Michael Frijhon.

With one of the largest collections of South African Pinot Noir, I think this desire can only be fulfilled at Wine Village.

Join us in August as we celebrate the diversity and beauty of South African Pinot Noir.

Why are South African Brandies so unique

Size matters when it comes to wine

By admin - Jul 09 , 2021
Magnums are large, magnums are chunky and Magnums are cheeky. Is there a secret handshake, a nod and a wink, or a password in ...

By admin - Jul 09 , 2021
“Winemaking is a feeling, an emotional act…”- John Bouwer "The creative person is both more primitive and more cultivated, more destructive, a lot madder and ...